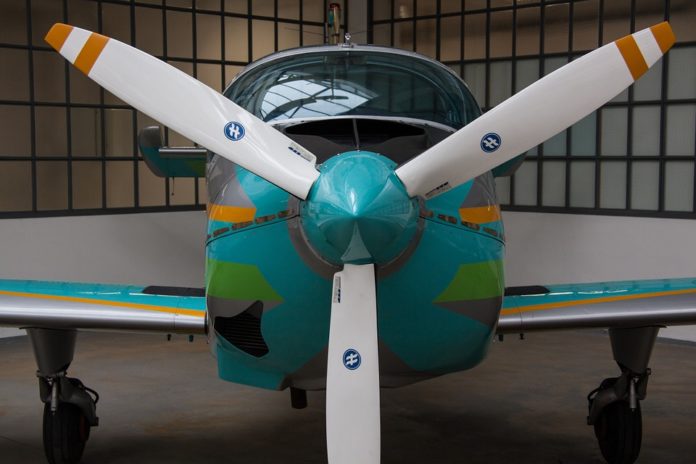 During the course of 1942 General Motors, in conjunction with several other companies, reorganised the production of some of its American factories to respond to the American war effort, in doing so creating the Eastern Aircraft Division.

The company obtained contracts for the manufacture of Grumman aircraft such as the F4F-4 Wildcat and TBF-1 Avenger torpedo bomber, allowing Grumman to focus on the production of its new F6F Hellcat fighter. The initial production contract called for the assembly of around 1,800 FM-1 Wildcats, a version similar to the f4f-4, but with only four machine guns; nevertheless, only 839 were produced for the US Navy and 311 for the Royal Navy before production was terminated in favour of the FM-2 version, of which more than 4,700 examples were constructed.

The latter aircraft was a lighter variant fitted with a more powerful Wright R-1820-56W radial engine, the nine cylinders capable of producing more than 1,350 hp. Compared to the preceding version, the FM-2 had significantly better performance, being faster, having a greater rate of climb, extended endurance and improved handling.

Although the two aircraft are very similar, the external difference that immediately characterises the FM-2 is the vertical tail, which is larger and taller in order to counter the major increase in power introduced by the new engine. The reason for the continuation of FM-2 production despite the appearance of the Hellcat was linked to the fact that in virtue of its reduced dimensions, its lower approach speed and, above all, its ability to take-off without the aid of a catapult, it could be used from the smaller flight decks of the so-called Escort Carriers, or CVEs. These ships were conceived mainly for the anti-submarine role, with an air element that would comprise just two types of aircraft, the FM-2 and the TBM Avenger bomber. These carriers were used in both the Atlantic and the Pacific, although in the latter theatre, as the threat from the Japanese submarine force had been significantly reduced, their aircraft were used to provide air cover for invasion forces and close air support to the land forces.